The data, which is collated by solar reviews service SolarQuotes.com.au, shows that the average cost per watt of installed solar increased for systems purchased in February 2022 compared to January in Queensland, the ACT, South Australia and Victoria; with New South Wales stable and a significant drop in Western Australia. Not enough data was available for Tasmania and the Northern Territory to make a useful comparison.

The results for February are based on details provided by 293 Australian solar buyers when submitting solar installer reviews, including reviews of installers not in the SQ network. These results may change as new submissions are received as the graphs the tool generates are updated in real time.

The following graph indicates fully installed system average cost-per-watt – across all system sizes nationally – going back as far as March 2020. 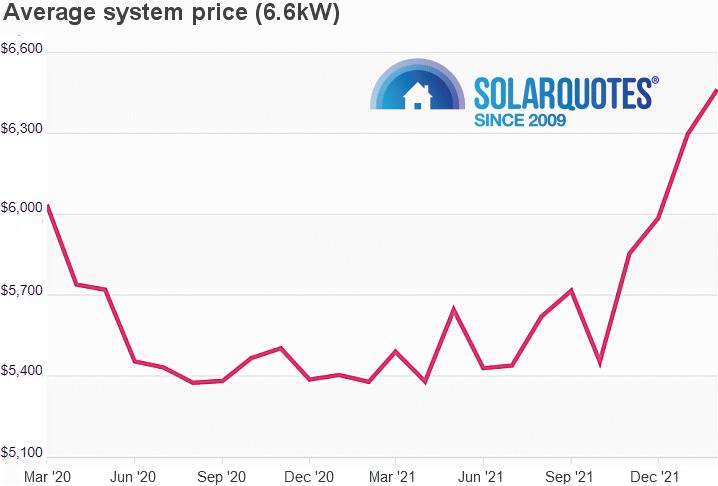 Bucking the trend was WA with a significant drop in solar costs in February: 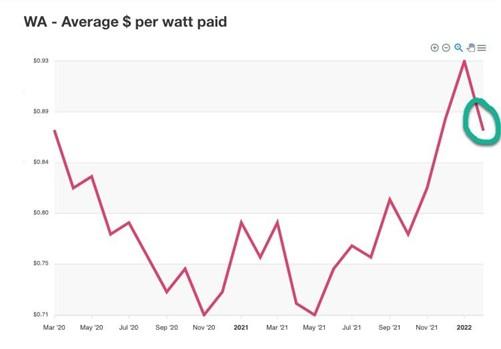 “After quite a bump up in January 2022, average cost per watt pricing in Western Australia appears to have dropped to its lowest since December – but is still quite some way from the lowest average we’ve seen in that state, which was 71c back in May last year,” SQ founder Finn Peacock says.

“The comparatively low average prices in Western Australia are driven by the extremely competitive Perth market, which has recently seen the exit of at least one significant player due to pricing pressure.” 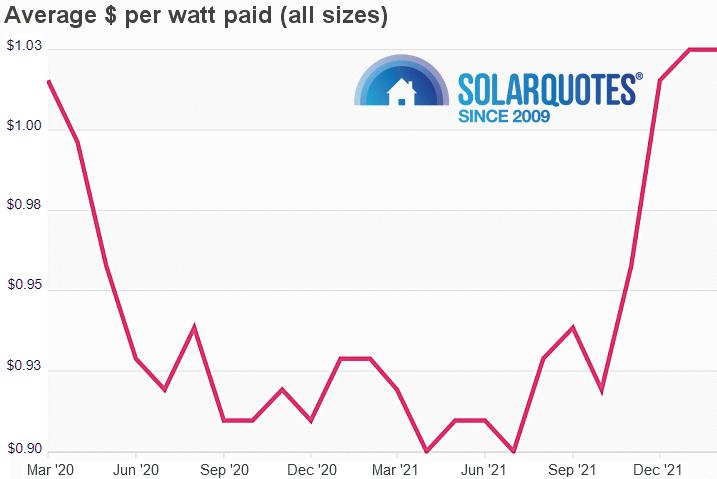 “While the jump may look like a disincentive,” Mr Peacock says, “the bigger picture is that putting off a solar installation for whatever reason is simply locking in higher electricity bills.

“Given world and local events, it’s not just electricity bills Australian households need to be concerned about. Installing solar can act as a buffer against other rising household costs.”