To Take Fantasy Pick'Em Across the USA

LAS VEGAS, NV, Oct 4, 2021 - (ACN Newswire) - Bounty Sports, the first North American provider of paid fantasy pick'em, has entered into a partnership with SCCG Management to bring their platform, previously only available to Canadians, into the United States. Bounty has committed significant investment to expanding their peer-to-peer platform as a fan engagement tool to average sports fans, supported by SCCG Management and its network of key partnerships. 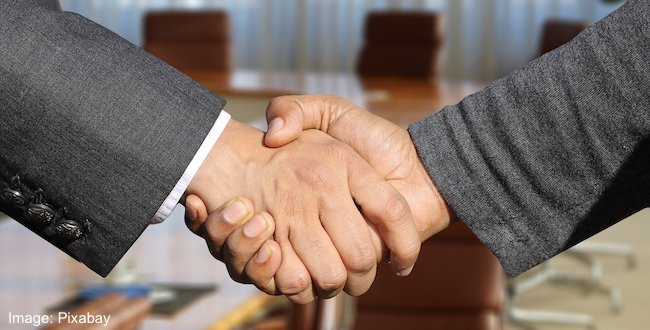 Bounty Sports hosts contests where fans compete against other fans in daily contests with the goal of picking winning teams. Users earn points for correct selections, where top ranking individuals win cash prizes. This user-friendly platform engages average fans who have grown tired of the costly and time-consuming traditional fantasy sports models. Bounty Sports provides a fun online community for users to connect with other sports fans, without significant cost and time commitments.

Jess Hodgson, CEO of Bounty Sports said, "Whether it's online or at the office, you see the same few people winning traditional fantasy sports pools. Pros are making a lot of money off average fans, who spend countless hours building rosters only to lose interest. We knew that there was still a desire in the market for fans to engage with each other but had to build a tool to keep the stakes low and the fun high. Bounty has done exactly that. The results and feedback we've received so far has been incredible."

The Bounty Sports team believes traditional fantasy sports models are geared towards experts and pros who dedicate a significant amount of time to learning the complex scoring systems and staying updated on regular roster changes across leagues in which they play. Bounty endeavors to create an entirely new way for fans to interact with and participate in fantasy sports, dubbed "Fantasy Pick'Em". This brings together traditional pick'em style pools with the social element of fantasy.

Mark Broxterman, Cofounder at Bounty Sports, said, "Most fans have come to accept that playing fantasy sports is a negative sum game. Most online platforms are dominated by a very small minority of players who use complex models and algorithms. It's no longer a fun game, it's a business for experts and pros."

Stephen Crystal, Founder and CEO of SCCG Management, said, "In order to support the largest number of fans participation in US sports, we need to be able to reach out to whenever and however they are ready to engage. Fantasy sports is a huge piece of the sports fan market, and just as traditional fantasy sports bridges and supports the traditional sports betting industry, the Bounty Sports DFS platform bridges and supports the casual sports fans. We are committed to growing the size of the tent for the U.S. sports fan."