The business tax specialists used beer to explain the complexities of Australia’s personal taxation system, in a custom YouTube video commissioned back in 2016. The self same script was used in a recent press conference by White House press secretary, Sarah Huckabee Sanders.

“We created an animation based on a yarn by an unknown author explaining how our tax system works using the example of 10 men in a bar drinking beer,” explains Adam Grocke, Johnston Grocke’s Business Development Manager. 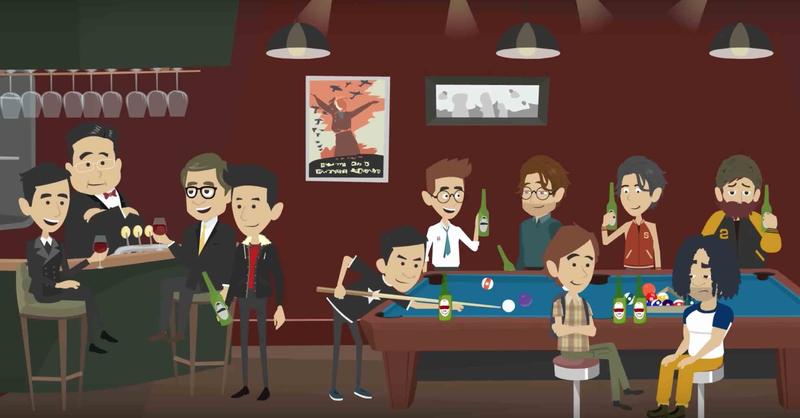 “Little did we know that 14 months later, Sarah Huckabee Sanders would read out the same story at her press conference announcing Trump’s proposed tax cuts.

“Since then, the traffic has not stopped and the trickle-down effect from 190,000+ views has certainly helped boost our Google rankings,” he said.

Johnston Grocke believes there are businesses leaving South Australia due to the “terms” of business being too harsh – and decided the story-based approach would a better way to explain tax system fundamentals.

“Although the video is focussed on the fairness of the personal tax system, we felt that the message can also apply to businesses that are struggling to grow in Australia and specifically in SA,” says Adam.

“We support businesses to help them manage their growth and financial affairs and we see the movement of too many businesses to other jurisdictions as a result of our less attractive system of fees and taxes.

“The commentary surrounding the video is very passionate and volatile, which is testament to how concerned people are with the current state of our taxation system, especially in relation to fostering business growth and sustainability.

“What we’d dearly love as the outcome from this burst in activity and awareness is that everybody, from workers to business owners to politicians, spends some time to think about how our taxation system is structured and what changes would create a more buoyant environment that shores up South Australia’s economy for the long term,” says Adam.

Our team works with clients across all these sectors because Johnston Grocke is not just another firm of financial planners. We’ve carefully built our company over the years, hand-picking the best people with different financial expertise; financial advisors, financial planners, accountants, taxation specialists, professional mortgage and property advisors. So we can offer our clients the right advice in any area of their financial life.

The business tax specialists used beer to explain the complexities of Australia’s personal taxation system...The self same script was used in a recent press conference by White House press secretary